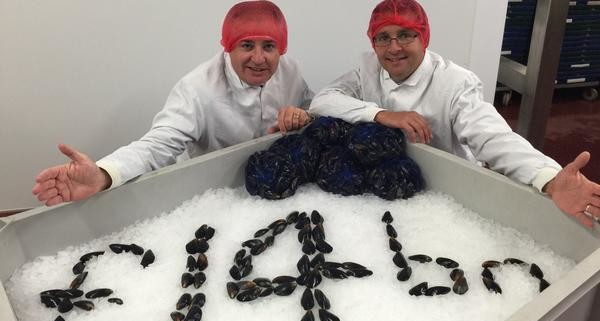 Food Secretary Richard Lochhead visited the Scottish Shellfish Marketing Group (SSMG) on 9 September to announce that the Scottish food and drink sector generated a record turnover of £14.3 billion in 2013.

Scottish shellfish farming is just one of the food sectors that are experiencing strong growth.

Stephen Cameron, managing director of SSMG, said: “It is fantastic news that Scotland’s food and drink sector is thriving and I am delighted that the Scottish farmed shellfish sector is playing its role in this success story.

“We have an ongoing strategy to increase tonnages in line with market demand, which is rising year on year.  We are experiencing a sustained increase in sales and through product innovation have developed a wide range of mussel ready meals and other shellfish dishes that are proving popular with consumers.”
Richard Lochhead said: “Scotland's food and drink growth sector is booming with turnover reaching a record high in 2013. To surpass £14 billion for the first time is simply outstanding and must give the sector real confidence.

"This industry is Scotland's jewel in the crown and I am committed to seeing it thrive and flourish. The Scottish Government and our agencies are working closely with industry to achieve its ambitious targets, which have previously been smashed years ahead of schedule.”

Mussel Power – how farmed shellfish can save the world!